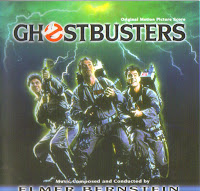 Written by Dan Aykroyd and Harold Ramis, Ghostbusters undoubtedly opened the doors for sci-fi comedies like Men in Black. The laconic Bill Murray all but steals the show with a stack of deadpan one liners such as:

There's some excellent support from the radiant but haunted Sigourney Weaver as Dana Barrett and of course Rick Moranis as the nerdy Louis Tully. Annie Potts who plays the Ghostbusters secretary Janine Melnitz was of course the husky voice of Bo-Peep who gave Sherriff Woody a woody in Toy Story.

To some folks, the music of Ghostbusters is personified by the catchy title song by Ray Parker Junior. Despite being proven to be a lift of Huey Lewis' "I Wanna New Drug", Parker's Ghostbusters was a mega hit of titanic proportions. I remember at the time of the film's theatrical release, going to a matinee performance at a provincial cinema and being highly amused by the kids in the audience all singing along to the theme tune as the opening titles came up - just like Saturday Morning Pictures!

The actual soundtrack for Ghostbusters was written by veteran film composer Elmer Bernstein and what cracking score it is too. Bernstein's piano driven swirling marching theme with a touch of the 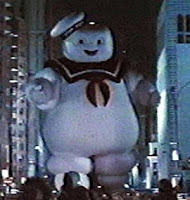 ethereal Ondes Martenot is a joy, in fact the latter instrument pervades much of the score. The exotic Zool cue is brilliant along with the fanfare which is originally heard during the Lion statue opening of the movie. Bernstein was evidently a little miffed that his score was padded out by a selection of rather insipid pop music, but in the 80's that's what film companies assumed audiences wanted. As a result it is only recently that music lovers can now enjoy the beauty of this great score instead of the limp songtrack that was originally released.

A rather dismal follow up Ghostbusters 2 was released in 1989 which rather abandoned the rough and ready style and and humour of the original and covered any plot holes if indeed there was much of a plot in favour of some not terribly special effects. Bernstein was not retained as the composer in house and score duties were handled by Randy Edelman. None of Edelman's pleasant score for Ghostbusters 2 was released and a so-so collection of pop, soft rock, rap and swingbeat was released instead including a Rap version of Ray Parker's Ghostbusters song by RUN DMC. Still Bobby Brown's Swingbeat On Our Own is worth tapping your feet to.

It appears that Harold Ramis is planning Ghostbusters III. Let's hope he doesn't do an Indiana Jones and The Crystal Skull and lose any remaining cred! 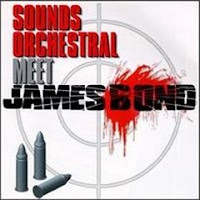 While we're in a James Bond vibe, why not try this motley collection of loungey music from and inspired by the James Bond films and novels.

Released in 1965 Sounds Orchestral Meets James Bond is not a soundtrack as such but contains covers of Bond Movie themes from Dr No, Thunderball, Goldfinger and From Russia With Love. The remaining tracks are Pianist / Arranger Johnny Pearson's own 007 inspired compositions.

I suppose it was the vogue at the time but some of the tracks are linked by some rather unnecessary sound effects, so Pearson's Pussy's Blues is preceded by a sort of cat / leopard vomiting sound. Elsewhere you are treated to the various sounds of people running, being shot at, hit and driving recklessly. Presumably it's meant to represent an aural action soundtrack, but it's all rather off-putting if you ask me. Still it's an amusing listen for Bondophiles.

Formed in 1965 by Pye Records producer John Schroeder, Sounds Orchestral was a studio based group of instrumentalists. The band had a big hit with the lush and romantic Cast Your Fate to The Wind. I always remember it as the music we did Music and Movement to in Primary School! Johnny Pearson, later gained fame for his tinkly theme to the 70's BBC drama Owen MD, entitled Sleepy Shores.
Posted by Crispy32 at 12:45 2 comments: Links to this post 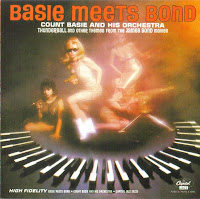 A classic collection from 1965 of big band covers of Bond music by Count Basie. Timeless and priceless.

John Barry's scores have often contained jazz and particular big band influences, none more so than the James Bond theme itself. Yes I know that in the eyes of the law John Barry didn't write the James Bond theme as it was 'proven' in a court of law to be from the pen of Monty Norman (Ha Ha). The fact is that the big band 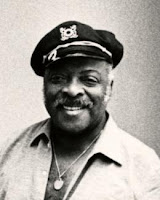 So it's natural that Count Basie should return the complement with this cool and swinging selection of tunes from Dr No to Thunderball. Standout tracks are The James Bond theme (naturally), From Russia With Love, Goldfinger, Thunderball and surprisingly Dr No's Fantasy (which is a bona-fide Monty Norman compostion).

Personally, I would have gladly forgone a couple of the Dr No tunes such as Underneath the Mango Tree and Three Blind Mice in favour of some more from Thunderball. I would have loved to hear Basie's take on Mr Kiss Kiss Bang Bang.

Don't be put off by the slightly crap go-go dolly birds cover art. Basie Meets Bond is a class act.
Posted by Crispy32 at 20:29 2 comments: Links to this post

Stamp plays Wilson, a violent ex-con, who flies to L.A. to discover how his beloved daughter Jenny was murdered. A fish out of water in LA, Wilson enlists the help of Eduardo, an ex con played by Soderbergh regular Luiz Guzman. Soon Wilson and Eduardo's investigations lead them to Terry Valentine, a renowned West Coast record producer in the mould of David Geffen or Terry Melcher, played by Peter Fonda. Looking after Valentine's business matters and his dirty work is the rather sinister Jim Avery, played by Barry Newman, who became a cult legend for his role in the classic 70's petrol head chase movie Vanishing Point.

When Wilson interferes with Valentine's dodgy downtown dealings, and infiltrates Valentine's luxury mountain apartment resulting in some fatal reductions in his henchmen, Avery sets a pair of hit men take Wilson out while Valentine seeks refuge in his 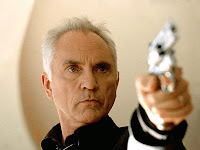 holiday home in Big Sur - leading to a big showdown by the sea.

At a whisker under 90 minutes, The Limey doesn't outstay its welcome. It uses some highly effective flashbacks and flash forwards as if you are in Wilson's mind as he recalls what happened during his transatlantic trip. Particularly effective is the intercutting of flashback footage of a young and beautiful Terence Stamp in the 1967 drama Poor Cow. The casting of two 1960's ace faces like Stamp and Fonda is inspired. Former Warhol star Joe Dallesandro makes an appearance as one of the hit men on Wilson's trail. Apparently the role was orginally written with Michael Caine in mind, though perhaps he wasn't available or someone realised the plot was a bit too close to Get Carter.

At first glance Stamp seems to overplay the Cocker-nee Geezer stereotype but it merely highlights how out of place he is in the LA environment. On several

occasions characters comment that they can't understand a word he says. There's also some snappy interplay between Barry Newman and Peter Fonda especially during a scene where the two of them are watching TV together. The Limey has scenes of violence, and there is a particularly wince inducing broken ankle scene towards the end of the movie, but generally nothing is blatant. In fact many scenes are either obscured or off screen. However, there is no doubt that Wilson is a very violent man and not one to be tangled with. In one memorable scene after being roughed up by some of Avery's heavies, Wilson goes back to dispatch them all offscreen, finally emerging blood splattered but unbeaten to bellow to the one surviving henchman and to the audience, "Tell Him I'm F***ing Coming!" 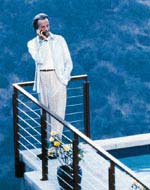 The haunting, moving and sometimes disorientating soundtrack to The Limey is credited to Red Hot Chili Pepper Cliff Martinez. The soundtrack also contains some classic music by The Who, The Hollies and The Byrds, not to mention a quintet of muscular mixes during the party scene at Valentine's mountain apartment by 90's mixmeister Danny Sabre.
The Who's The Seeker is the perfect introduction to Wilson - it's blunt and aggressive, but with a questing soul. The Hollies' King Midas in Reverse all tricked out with faux West Coast harmonies, perfectly sums up the Terry Valentine character and the scene which introduces him and accompanies the song is beautifully photographed showing him watching his barely legal squeeze swimming in a stunningly situated infinity pool.

As a musical aside, both Terence Stamp and Joe Dallesandro have had songs written about them. Stamp, in the Kinks' Waterloo Sunset ("Terry meets Julie, Waterloo station, every Friday night.). Dallesandro in Lou Reed's Walk on The Wild Side ("Little Joe, never once gave it away. Everybody had to pay and pay"). Discounting the Ballad of The Easy Rider, Peter Fonda has not featured in a song but he was the inspiration for She Said, She Said from The Beatles' Revolver.

The Limey has worn remarkably well as has its leading man - there's not many septuagenarians, who can get away with a pair of skinny black Levis and a Harrington and still look cool. Although it hasn't received the plaudits that Soderbergh's more recent triumphs have garnered, The Limey is a peach of a movie with a zesty soundtrack.
Posted by Crispy32 at 17:54 1 comment: Links to this post